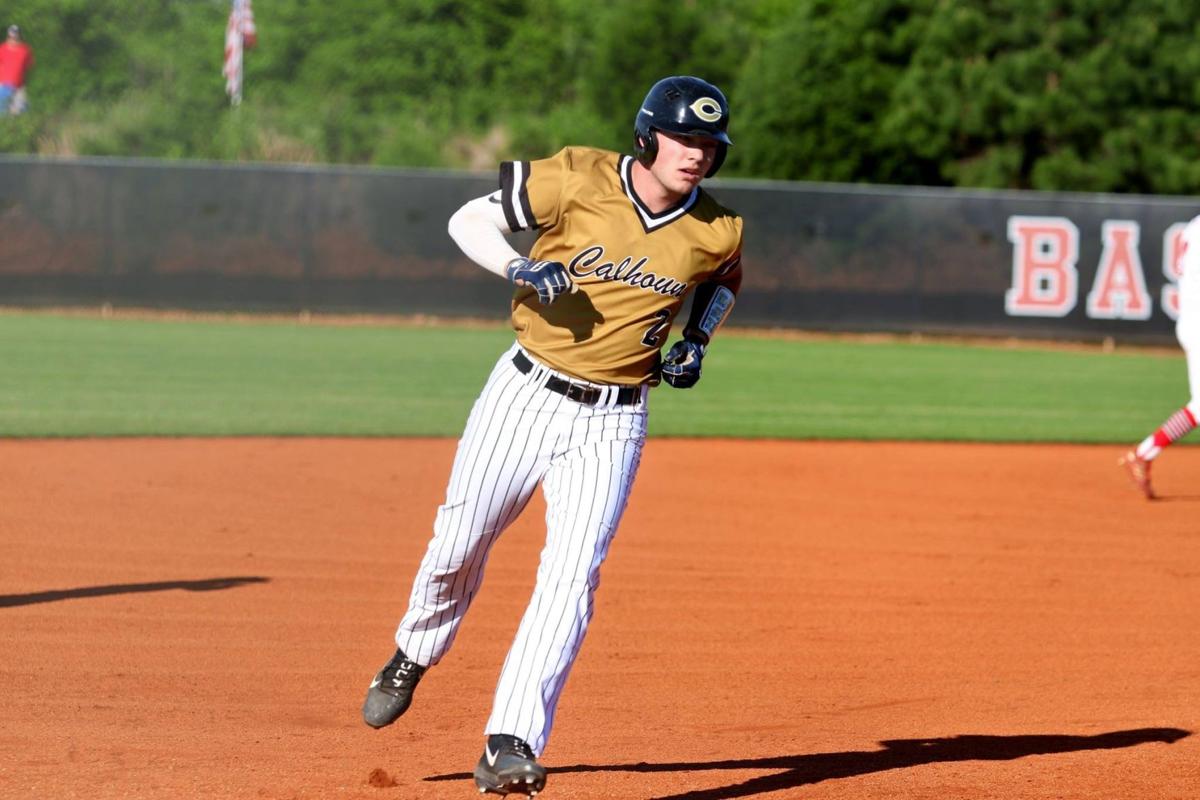 John Andrew Cash rounds the bases during Calhoun’s 18-4 win at Sonoraville in April 2019. 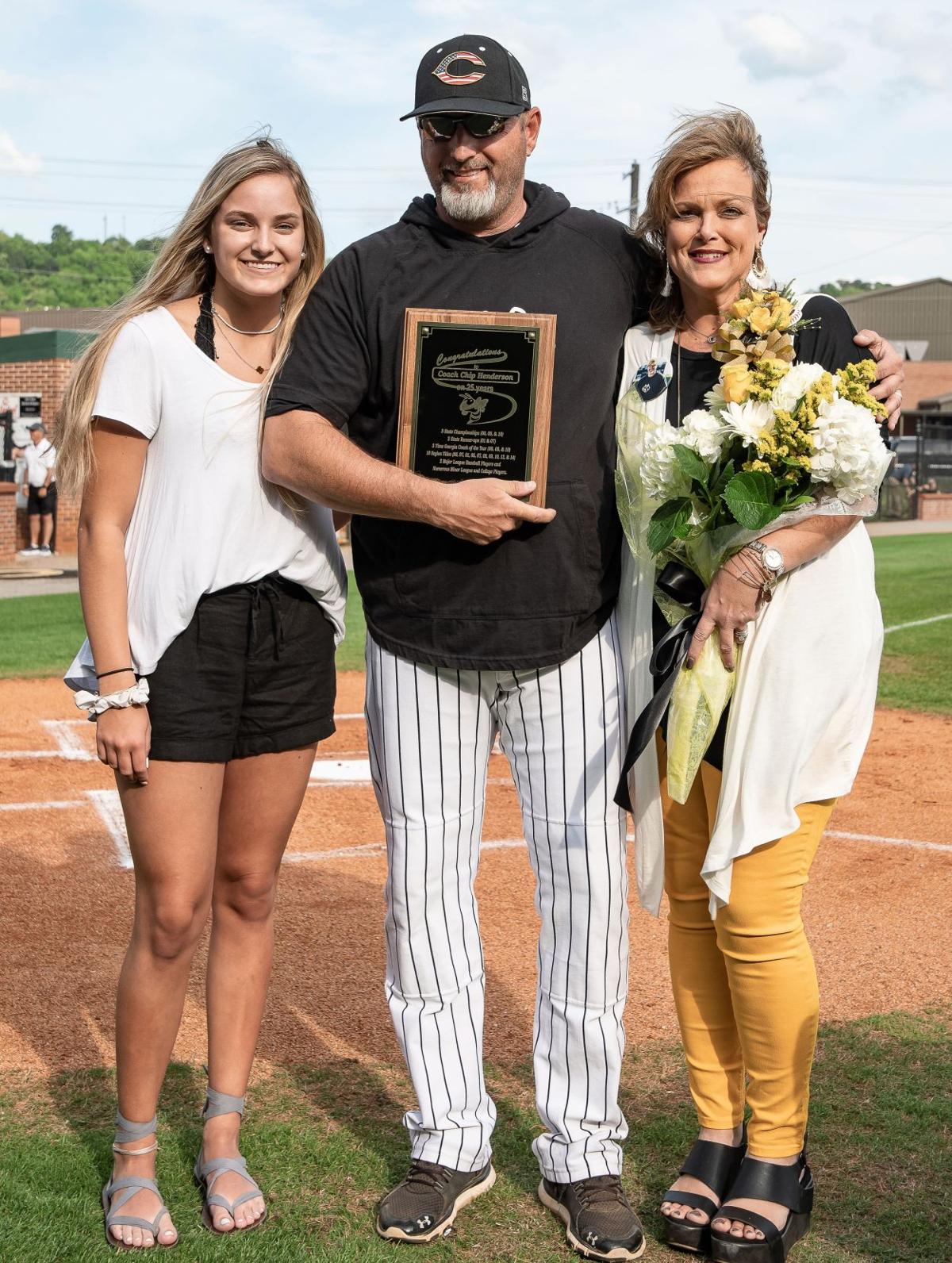 CHS Baseball head coach Chip Henderson poses for a photo with his wife, Cheryl, and daughter Carlie, on Thursday, April 18. Not pictured is Henderson’s other daughter, Cassie. 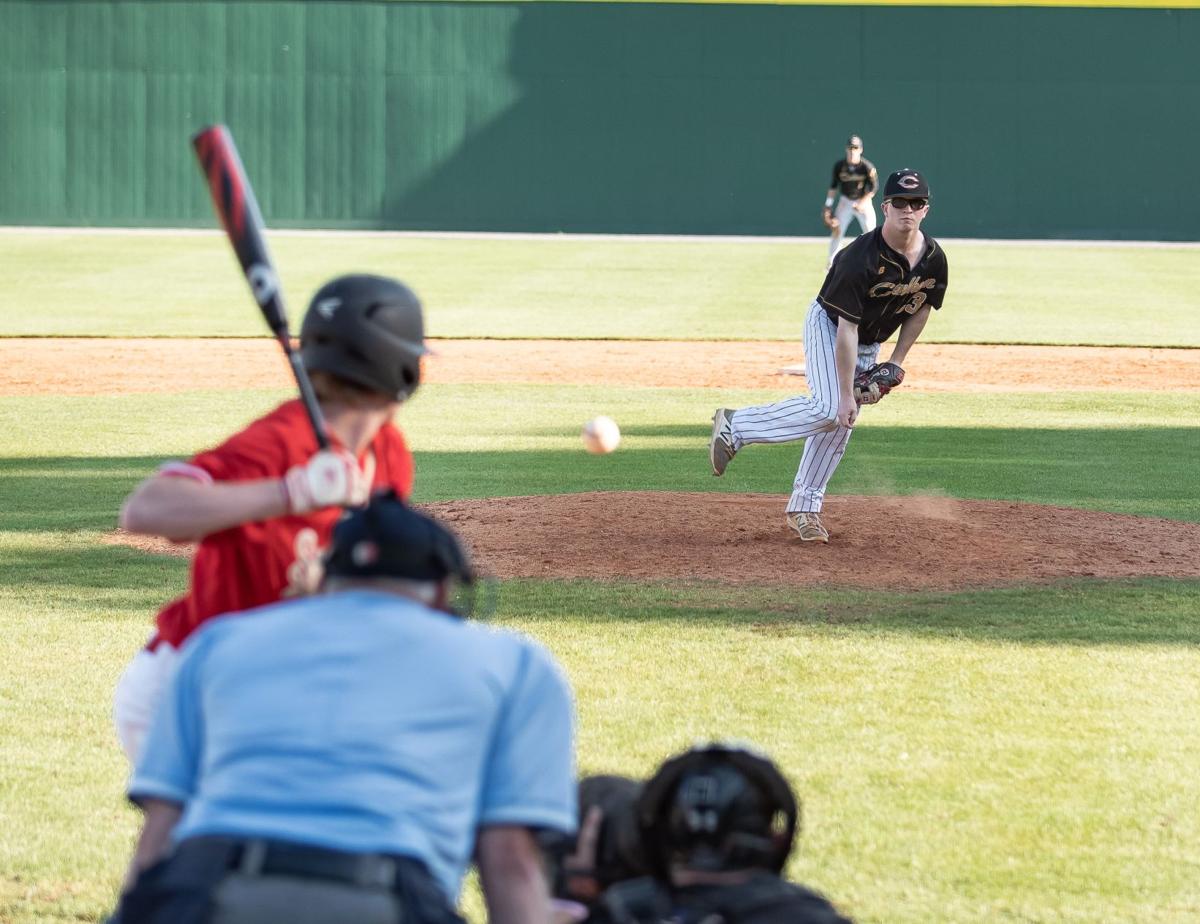 John Andrew Cash rounds the bases during Calhoun’s 18-4 win at Sonoraville in April 2019.

CHS Baseball head coach Chip Henderson poses for a photo with his wife, Cheryl, and daughter Carlie, on Thursday, April 18. Not pictured is Henderson’s other daughter, Cassie.

It’s time to bring out the bats and balls as baseball season is finally here. The Calhoun Yellow Jackets, coming off a 25-win 2019 campaign, look to remain in the tops ranks of Region 6-AAA and make the arduous journey back to the state playoffs.

Chip Henderson, Calhoun’s longtime skipper, enters his 26th season at the helm of the baseball program.

“When that time of year rolls around, you can kind of tell when Ole Man Winter gets here, it’s baseball season,” Henderson said in sunny but frigid 36-degree weather. “I get just as excited as the kids do. If you love the game, you’ll find a passion for it and you’ll come out here and you’ll just endure.”

Henderson said the 26 years leading the team has been a haul, but he still enjoys doing it every day. In that time, the Yellow Jackets have delivered three state titles to Calhoun (2000, 2005, 2010).

“At times, I think, wow, it’s been a long time,” Henderson said. “But then again, I look back and I’m like, man, times flies when you’re having fun. It’s still fun to me.”

Last season, Calhoun finished at 25-7, including a 14-2 region record. The Yellow Jackets took second in Region 6-AAA into the state playoffs.

“What we did last year won’t win us a single game this year,” Henderson said. “In order for us to get back to the state competition and play deeper than what we did, we’ve got to be consistent ... in all phases of the game.”

After sweeping Greater Atlanta Christian in Calhoun in the first round of the playoffs, the Jackets traveled south to Atlanta to battle Pace Academy in another best-of-three series. Calhoun’s season, though, came to an end at the hands of the Knights by final scores of 10-1 and 13-0.

“It left a bitter taste in our mouth the way the season ended last year,” Henderson said. “They were probably the better team, but for about ... four (or) five innings in each game, we were right there with them. They were such an explosive ball club that they took advantage of a mistake here or mistake there. Quality teams do that.”

As practice was just beginning, Henderson said a lot of positions on the field and in the lineup remained open.

“I see eagerness. I see people out here giving it their best,” Henderson said. “That’s what you want this time of year. If you come out here and bust it and get after it and hustle each and every time, you’ve got to prove yourself. I’ve been real pleased so far.”

Henderson said he liked the depth of the 2020 Yellow Jackets. Anyone, at any time, can step up and contribute to the team.

“That’s always good as far as competition goes because you want that guy that may be on the bench over here or who’s second in line to go out and bust his rear each and every day,” Henderson said. “Not only is it making him better, but he’s pushing the guy in front of him and, to me, that breeds competition and you’ve got to stay hungry.”

Henderson noted the biggest aspect of the game he wants to see goes beyond the play on the field.

“We’ve got to get a little bit of a tougher mindset than what we’ve had in year’s past and realize ... we can play this game and we can play with anybody,” Henderson said. “That tough mindset that ... it’s going to be a battle day in and day out.”

For the remainder of the preseason practices, Henderson expressed hope for good weather conditions, which has not been the case as of yet in northwest Georgia.

“The biggest thing I’m hoping for is decent weather,” Henderson said. “We’ll simulate a game or situations and scenarios we’ll be seeing as we move forward as the season begins.”

Henderson said he’s most excited about how many pieces are coming back. Calhoun lost two seniors last year: Ben King and Jeremy Register.

“We hate that those guys are done. We’re going to miss them, but the core nucleus is coming back,” Henderson said. “The kids are upbeat. Anytime you’ve got a good group coming back and they’re excited and they can’t wait for the season to begin, that’s always encouraging.”

Calhoun’s first game against Pepperell was originally scheduled for Feb. 12, but was moved to March 2 due to inclement weather/flooding in the region. That game will be played at Pepperell.

Calhoun’s home opener is Monday, Feb. 17 against the Heritage Generals.

Region 6-AAA figures to be another tight race this year, as every team will look to give defending region champion Ringgold a run for its money.

“Our region I think is going to be tough,” Henderson said. “Ringgold, they’ve been the region champs since 2015, so until someone knocks them off, they’re the team to beat. There are no off days in region play. You’ve got to have that mindset that we’ve got to come out here and play and can’t take anything for granted on any given day. If you’re not careful, you can be beat.”

Henderson said the words passion and grit will define the 2020 Calhoun baseball season.

“Be passionate about what you do, whatever it is. Be the best that you can,” Henderson said. “I like the word grit. Physical toughness (and) mental toughness. I like the dirt players. The ones that may not have three of four hits, but when they walk off the field, their uniform is dirty. I just like the players that get after it, that hustle and play the game the right way and play all out. I’d like to hang our hat on those two words.”

The Jackets open region play against the Ringgold Tigers on Tuesday, March 10. On senior night (April 14), Calhoun will host cross-town rival Sonoraville. The state playoffs begin in late April and run through mid May.

The deeper we play, the warmer it gets is the way I kind of look at it,” Henderson said. “I’m looking forward to this year.”